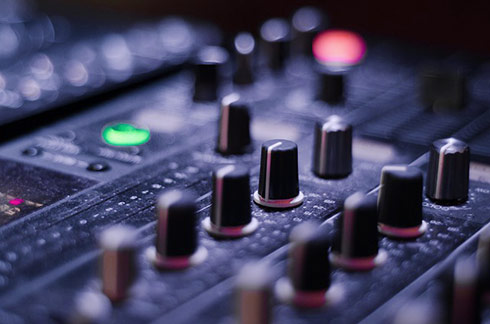 In Part 1 of this post we noted that there are some persons who believe that Jamaica produced its finest music during the mid-1960s to 70s and never again produced music of equal quality. It’s our view, however, that while that period produced some exceptional music, Jamaica continued and continues, to produce music of the highest quality. In addition to the examples we gave in Part 1 of this post please here are some additional examples of great Jamaican music from the last 5 years or so:

1.    “Ninja Mi Ninja” – Ninja Man (2013) – Real musical legends don’t stop producing great music. Ninja Man has been in the music business for at least 3 decades but in lyrics and delivery this is as good a dancehall song as any we’ve ever heard.

3.    “Never Leave I Jah” - Tarrus Riley – (2011) Tarrus Riley is already one of the best artistes in reggae/dancehall and we believe he’s destined to become a legend in the mould of a Beres Hammond or Dennis Brown. If you’re not convinced, download this song, listen to it, love it and repeat. And for Rasssss-tafari sake please stop saying Reggae music is dead.

4.    “To Her With Love (They Say)” – Konshens - (2013) – Who says dancehall can’t be shamelessly romantic? This groovy, mid-tempo reggae/dancehall track is in the same fine tradition as Beres Hammond’s “Tempted to Touch” or Maxi Priest’s “Close to you”. On the In Transit riddim by Notis Productions.

5.    “Bumaye” – Major Lazer feat. Busy Signal – (2013). A perfect example of modern Jamaican music’s ability to incorporate other music forms and also to be incorporated into other music forms. In short - when dancehall meets electronic dance music the result is a party classic and worldwide hit.

6.    “Party Shot” – Popcaan – (2012) – Perfect example of the party-dancehall genre. 20 years from now when you ask a group of forty-somethings what song got the party started for them as teenagers in 2012 “Party Shot” will be the answer.

8.    “Jump” – RDX – (2012) – RDX’s Renigade and Delomar have mastered the art of getting Jamaican women to “bruk out” by combining ultra-fast dancehall with soca for their own brand of dash-out music.  “Giiiiiiirl mek yuh body jump, jump, jump, jump, jump, jump, jump”. Their songs “Kotch” and “Broad out” are in a similar vein.

9.    “Clarks” – Vybz Kartel ft Popcaan – (2010) An ode to Clarks shoes by the reigning King of Dancehall and possibly the best dancehall artiste ever. (Yeah, I said it. So what?) We could also have added “Dumper Truck”, “Straight Jeans and Fitted” or “Come Breed Me” to this list.

10.    “Modern Day Judas” – Jessie Royal - (2013)  How dem say reggae music dead?! “Not even the dog that pisseth upon the wall of Babylon shall escape in these times so word to the wise choose the right side!”

11.    “Well Done” – Kabaka Pyramid – (2015) - Potent (and lyrical) social commentary from one of the “new school” of supremely talented and conscious reggae/dancehall artistes including Chronnix, Protoje, Kelissa, Keznamdi and Dre Island.

12.    “Seven Eleven” – Dexta Daps (2015) – Clever, tounge-in-cheek ode to the object of his affection.  This track from talented singer/dj/singjay Dexta Daps is bound to be around for many years. “All when you have ten man, me haffi be eleven, mi neva ask dem fi watch yuh bodda fi mi ah dat me ah tell dem/All when dem say six man go deh guess who mek seven”

Songs we love that didn’t quite make the top 20: