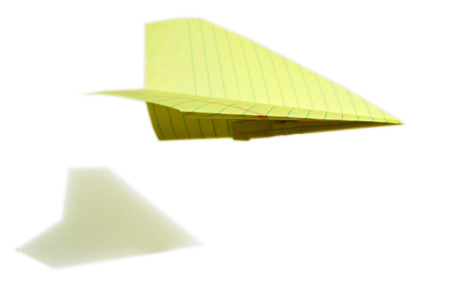 Remember the games we played as youngsters? Now the youngsters I’m referring to here are the generation of Jamaican kids (including myself) that grew up in the 70’s and 80’s. Before this era I wasn’t alive to comment and after this era I was totally hijacked by the video game phenomenon. Before the video games, however, I had another life. One where I built my toys and games from scratch; from the things that lay around the house, things that were meant to be discarded, or from the fruits of Mother Nature. Now, I look back at the ingenuity that went into these play-things and wonder, who first came up with each of them? Some of them are not unique to Jamaica, but for others you really have to think that only Jamaicans could come up with such inventions.

For the benefit of those who may not know these homemade Jamaican toys or for those who know them and remember them fondly, here's a list of some of them:

Bird-traps: I was never an expert in this area, especially since I’ve long preferred the taste of KFC to fried Bananaquit. But I did build one once, with string and some twigs closely bound together, and tried it out with, shall we say, “varying” levels of success. On one occasion I caught a ground lizard, on another, the tail feather of a pigeon.

Bubbles: Yeah I loved blowing bubbles…so what? Sue me! I remember finding out for the first time that bubble-making kits, imported from America and wrapped in attractive packaging, were being sold here in Jamaica. Needless to say this 10 yr. old was shocked. Why would anyone want to buy a bubble-making kit, when with a little dishwashing liquid in a cup and a fine wire looped at one end, one could blow the biggest bubble you could dream of? It just didn’t make sense to me.

Clothes-hanger wire and hose hoop: There was no better exercise than running up and down the road with your water-hose hoop and clothes hanger wire steering. This one was really simple. Just cut a length of garden hose and then join both ends with a piece of stick. Dismantle a wire hanger, straighten it, then shape one end so as to accommodate the hoop. The hard part was explaining to your parents the cause of those disappearing hangers and why the garden hose could no longer reach the car in the drive-way to wash it!

Clothespin gun (dangerous): I was once on the Most Wanted List. A list for students most wanted for a caning, that is – which I received in ample portions. This list was created by my Grade 5 prep school teacher after I “shot” a young lady in her back during class. The weapon was a clothes-pin gun and the “bullet” was a dried orange seed. I’m seeing the incident now like it was yesterday. Yup, I did the crime. And you better believe I did the time!

I won’t go into too much detail on how I made this deadly instrument but, lets just say it requires two clothes pins - not the cheap, Made-in-China, plastic version, but the less-cheap, Made-in-China wooden version – plus your choice of pebble, matchstick or dry citrus seed for ammunition. If you do figure out how to make it, just be careful where you point it.

Drink box car/truck: Again, I have to admit that I was never an expert at creating drink-box vehicles, since I just could not see drink-box vehicles as a credible substitute for my fleet of remote control cars (ok, so one working car and another with the front wheels missing doesn’t actually add up to a fleet!). Yet, it amazes me even now what kids created with some empty drink boxes, bottle caps/stoppers, wire, coloured markers and even pear seeds for the wheels!

Kites: These came in all shapes and sizes. At the small end of the scale were the notebook-paper kites. These were made from a sheet of folder/exercise book paper with the spines of two coconut leaves crossed diagonally from the four corners. It also may have had a very thin fabric tail. These kites were very light and could be launched with the gentlest of breezes.

The midsize kite still required the coconut leaf spine, but now you also used kite paper or a light-weight plastic bag to fashion the familiar six-sided shape. The fabric tail would be a bit heavier, but the overall weight of the kite was light enough that it could still be tethered with crochet cord without a fear of it breaking and flying away.

The big “beigy” kite is what you created when you meant business. Making a big kite involved your getting a length of bamboo, a sheet of sandpaper, kite paper in different colours, kite glue (Ponal did the job), razor blades (for serious business) and nylon or fishing wire. The goal of all this was to create a six-sided thing of beauty. The body was fashioned from the bamboo, which was cut lengthwise into strips and smoothed down with sandpaper. The paper was carefully cut and positioned over the bamboo and secured with the glue. Your mother’s old bed linen now had a “higher calling” and was duly shredded to become the tail. If you were a fierce competitor then this tail would have a razor blade at the end to cut the lines of other kites flying too close to you. The “Singer”, (an attachment to the kite which made a humming noise when the kite was in flight) was made from kite paper and shaped with scissors. It was placed at the top of the kite where the frame was bent into a semi-circular shape and would provide the familiar sound that could be heard for what seemed like a half a mile away.

Marbles: Obviously these weren’t made from scratch. However, playing with marbles was a favourite pastime of all the youngsters I knew and had to be included on this list. Just think about how many productive school hours were wasted by boys playing this game? Not to mention the lunch money and bus fare that, instead of being used for its intended purpose, ended being used to purchase these pretty glass spheres.

Back then, there was always that one extremely-skilled boy who would make us mad by winning everybody's marbles (and hence the term, “losing your marbles”). He would stand behind the line, the one which you dared not step over, then with his outstretched arm and with a flick of his thumb, hit with marksman-like precision, YOUR favourite marble, possibly shattering it, but more usually hitting it completely out of the circle.

Paperplanes: The paper plane is almost universal. It’s easy to see why – it’s just really simple to make. When making a paper plane your choice usually was, do I want to make a glider, a cruiser or a jet? The design would be altered accordingly for each. But the end result was always the same – loads of fun for hours with maybe a slight case of the paper plane equivalent of “tennis elbow”.

Pop-shot (Very dangerous): Ok, so we are getting closer to the jail time stuff here. The pop-shot is the official Jamaican “poor-man's” BB gun. It’s amazing what you get when you combine the laws of physics with an old radio/tv antenna, a stiff piece of wire (or slender piece of steel) and a pear seed. First of all, you had to find an old antenna. (In those days that was like finding gold.) Then you had to locate the kind of wire that would not easily bend under pressure. Getting the pear was the easy part. Rummaging through the household garbage after your mom threw away the pear seed (despite your explicit instructions not to do so) was the hard part.

Having located the necessary materials, you inserted both ends of the hollow antenna into the pear seed, breaking off a bit each time, almost like loading a musket. The “gunpowder” was the quick arm movement you used to push the wire/steel at one end which, by way of compression, forced out the bit of seed at the other end at high speed. And man how it stung when you got hit!

Sling-shot (aka Bingy, Catapult) (Very very dangerous): No self-respecting Jamaican male has gone through childhood without owning a sling-shot. There’s no need to mention the fun of catapulting nice smooth stones out of sight without caring where they ended up. They were usually carefully crafted from y-shaped guava sticks, rubber bands, bicycle-tyre inner tubing or surgical rubber (again, if you knew people!). The fact was that, as a young sling-shot owner you had a truly deadly weapon in your possession. You could defend yourself, threaten others (if needs be), or just use it to go shoot birds and berries (and possibly windowpanes?).

Zinger (Potentially lethal): Place a bottle stopper on the ground. Hammer it flat with a rock then sharpen the edge of it on the sidewalk. Use a nail to bore two holes, equidistant from the edge and the centre, then pass a length of crochet cord through those two holes and tie the ends together. You start it by making a motion as if there is a small skipping rope in your hands, going over and over until the cord is twisted around the flattened stopper. Then you pull it. The stopper becomes a rotary blade, the aim of which is to cut your opponent’s cord (or more likely your own leg). Now who came up with this one?