Written by by The Sorcerer's Apprentice. Hits: 9689 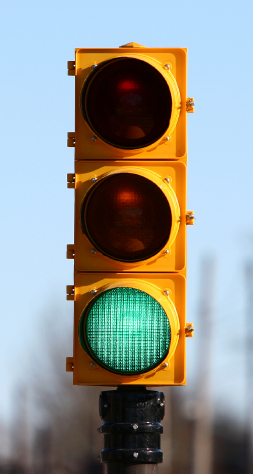 I think most of us are aware of this phenomenon.  You’re sitting in your car at a stoplight somewhere in the heart of the city. The light is red. All around you traffic is backed up in every direction. You’ve been sitting there long enough to know that pretty soon the light will turn gr… HOOOOOOOOONNNNNNNNNKKKKK!!!

The driver behind you (7 times out of ten he’s a taxi driver) has blown his horn with a vigor and ferocity that suggests that the driver has a personal and intense dislike for said horn... or you.  You’re so startled that you lift your foot off the brake and start to apply to the gas… Except that the light hasn’t quite turned green yet. HOOOOOOOOOOOOOOOONNNNNNNNKKK!!!  The horn is blown again. Louder and longer this time.  You can vaguely hear a stream of curses coming from the general vicinity of the vehicle behind you.

By this time the light has turned green but your nerves are so shattered that your car almost stalls as you lurch away from the lights at 5 miles an hour.   Your anger is matched only by your distress/embarrassment that the incident has unsettled you so much.

What, you ask yourself, were you supposed to do?  Break the stoplight and race away from the intersection like Lewis Hamilton as the flag drops at the Monaco Grand Prix? Fine. Except that doing so would have brought your “Formula One” career to an abrupt end as you collided with a driver coming from the other direction. Or were you supposed to press the “Make Evaporate” button on your dashboard (I hear the 2009 BMWs are equipped with them) and allow the moron behind you to drive through the space your car formerly occupied?  Someone please let me know.  My nerves can’t take much more of this…

We have 13 guests and no members online