Dances only a few people actually know how to do 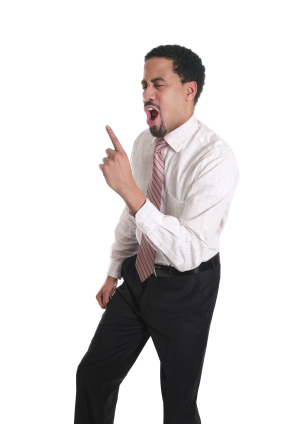 Jamaica is known the world over for its dancehall music and the innovative dance moves that accompany same, but it always amazes me how famous dances that only 3 or so people know how to do can become!

Let me explain…  How many of the following dances have you heard of?  Della Move, Water Pumping, Slide and Wine, Weed Man Skank, Butterfly, Mock the Dread, World Dance, Bogle, Armstrong, Tatty, the Urkel, Log On, Signal the Plane, Parachute, Pon di River Pon di Bank, Thunderclap, Chaplin, Willie Bounce, Nuh Linga, Gully Creeper. Ok, ok, so you’ve probably heard of many of them. Fine, but how many of them can you actually do? One? Maybe two?  That’s what I thought.

Now there’s no shame in not being up on all of the latest dances.  The problem is that, if you don’t know them, sooner or later your credentials as an authentic Jamaican are going to be questioned.  So, have you ever been that lone Jamaican in a nightclub in Toronto when the DJ suddenly decides to play the one dancehall song he’s going play for the night? All your white friends immediately turn to you expecting you to throw down. They even form a circle around you, chanting “Go, Delroy go!” But instead of demonstrating your total mastery of the latest Jamaican dancehall moves you mumble something about a “nagging groin injury”. Your sorely disappointed friends are like “Dude, I can’t believe you don’t know how to do the Electric Slide! What kind of Jamaican are you?!”

Now, there’s really no need to feel embarrassed; in fact, I would submit that its just not possible for the average Jamaican, much less the average foreigner, to be able to master more than one of these dances at a given time. (We exclude Japanese dancehall fans here; these "Oriental Jamaicans" have a mastery of dancehall culture that is unreal.) The reasons for this are simple.

First off, new dance moves are introduced and popularized at street dances. The average street dance doesn’t get going till maybe 3am (on a weekday), and long after those of us with “regular” jobs have retired for the night. Regular working stiffs are therefore immediately excluded from the opportunity to learn the dances first-hand. It also doesn’t help that many street dances are held in places more dangerous than a back alley in Baghdad being patrolled by an unarmed American soldier on foot.

Thankfully, new dances are often shown in music videos and can be learned via that medium.  The trouble, however, is that dances come in and out of style faster than the Jamaican Dollar loses value. The result is that, even with diligent study of the latest music videos, by the time you have mastered one move, another move is now the rage.

A further problem (an ah don’t care weh none ah unnu want to seh) is that some dance moves are just hard to do. As far as I am concerned there is no way to Gully Creep, followed by the Nuh Linga, unless you have the flexibility of a twelve-year-old gymnast, the balance of a tightrope walker and the hand-eye co-ordination of a master sword fighter.  And at the end of the day, most of us have two left feet!!!

We have 11 guests and no members online