Things That Drove Us Crazy in 2010 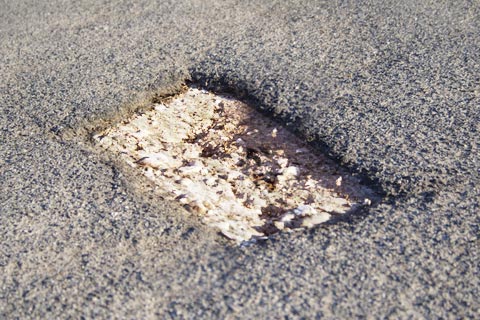 It seems to me that it’s not the big things that cause ordinary people to lose their minds and wind up as permanent, straight-jacket-wearing residents of Bellevue Hospital. In fact, every day, large numbers of people work their way through divorces, redundancies, deaths of loved ones and manage to get on with their lives. The things that are most likely to drive us insane are those little, repetitive, exasperating things that happen over and over again and slowly drive us mad. We all put up with a lot of those things last year and, because venting is supposed to be good for one’s mental health, here’s my list of things that (almost) drove me crazy in 2010:

The state agencies who dug up roads, didn’t fix them when they were done, and then left them that way for months. Put up your hand if you drove on Barbican Road in the last year or so. For several months the section behind Lane Plaza near where it intersects with Hope Road looked like the surface of the moon or a Jamaican version of the Grand Canyon. And, of course, there are currently quite a few other Grand Canyons around the corporate area. An engineer friend of mine told me that what happens is that the roads are dug up to facilitate work on drains and the like, and then the holes are refilled but they aren’t immediately re-paved because the “earth needs time to settle” first. Can any sensible person confirm this? Or is the non-paving for extended periods just slackness on the part of those doing the work? Either way, there MUST be an alternative to having our roads looking like bombed out sections of Baghdad after the Surge.

People who sent us e-mails and then followed up with a phone call immediately thereafter. “Hi there! Did you get the e-mail I just sent you? How soon can you get back to me?” Before I cast judgement let me see if I understand your motives first. You thought that by calling me right after you sent an e-mail you’d somehow get me to do what you wanted me to do more quickly? Wrong! First of all, I read ALL my e-mails so there’s no need to waste your time (or mine) by calling me on the phone to repeat what you said in an email. All you’re doing is disturbing me while I’m trying to read the email you just sent. Secondly, your call does not change the fact that I have 100 other pressing things to do and its highly unlikely that your call will help me to deal with your matter any quicker than I otherwise would have. So, please be patient while I respond to your e-mail, and while you’re waiting feel free to get a life.

Sh#tty service from service providers of all kinds. How many of us got some inexplicably huge bill from their utility provider last year that resulted in either their service being cut off or them having to make numerous trips to the provider and spend long hours in lines dealing with unfriendly staff while trying to resolve the issue? We have the impression that some of these providers come up with the arbitrary amounts on bills by using the same software the lotto company uses to randomly choose winning numbers.

The seemingly inexhaustible capacity Jamaicans seem to have to be selfish and insensitive to each other. I don’t need to give any examples here. We all know what I’m talking about. Let 2011 be the year when each one of us engages in some deep introspection and tries to find a way to live in harmony with those around us. And if you can’t do that, stay the hell away from the rest of us.

Too many meetings. I attended so many meetings last year that I sometimes felt like I had become a professional “Meeter”? Maybe “Meeting Studies” should be offered at universities since so many people now seem to have adopted it as a profession? If your job is making widgets, when do you actually make widgets if all you ever do is attend meetings? And when widget sales fall off because we’re all busy attending meetings will we then call more meetings to figure out why we’re not selling any widgets?

The endless Your-Party-is-More-Corrupt-than-Mine arguments between the two political parties. The conversation usually went something like this:

“Your MPs lied about their citizenship”
“Yeah, well your party lied about getting illegal political contributions and then giving it back.”
“So what, your PM lied about Dudus.”

We don’t know about you but we just tuned out the noise after a while. Recent events in the Middle East should be instructive for people who are determined to waste time while the lives of ordinary people get progressively harder.

The riders of bicycles and motor bikes who think the rules of the road don’t apply to them. If you insist on: (a) riding the wrong way up one-way streets, (b) riding in and out of traffic and appearing in front of me without warning (c) refusing to give any hand signals (d) doing all of the foregoing at breakneck speed and (e) threatening my life when I complain, THEN YOU SHOULDN’T COMPLAIN WHEN I RUN YOU OVER.

Overuse of the word "granular". Although “creating value”, “resonance” and “congruence” get honourable mentions I think the most overused word of 2010 was “granular”. In 2010 every analysis, discussion and observation was a granular one. The only granular thing I want to hear about in 2011 is the granular brown sugar in my coffee.

We have 3 guests and no members online