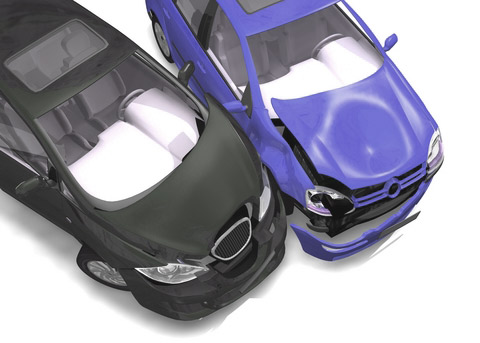 In other countries, when there has been a traffic accident, the drivers involved know that they are required to exchange their particulars and immediately report the matter to the police. In Jamaica the procedure is slightly different. Having been involved in a collision anywhere on the roads of Jamaica you should:

1. Bring your car to a screeching halt in the middle of the road.

2. Jump out of your car leaving the door open and engine running.

3. Race over to the other driver/rider, gesticulating wildly and screaming abuse at them (even if you’re at fault).

4. Ignore the traffic piling up around you because your vehicle is partially blocking the road and because curious onlookers are slowing down to look at what they hope will be a gruesome crash.

5. Refuse to admit any wrongdoing (even if you're at fault).

6. If you’re an onlooker, it is your duty to assist in dragging any severely injured person from the wreckage and throwing them into the back of the nearest taxi/truck/bus (even if doing so makes their injuries worse).

7. The driver of the taxi/truck/bus containing the injured person should race off at top speed, hazard lights flashing and horn blowing (even if doing so causes another accident).

8. Back at the scene of the accident the drivers involved should trade insults and threaten to each other with bodily harm (even if their broken legs and shattered spines would currently prevent them from doing so). If either driver has a machete handy he should wave it around threateningly.

9. The driver who knows he caused the accident should immediately flee the scene of the crime.

10. If the accident is serious and innocent persons have been injured, onlookers should assist in beating the driver at fault to death (before he flees the scene of the crime).

11. Finally, witnesses to the accident should be prepared to give a clear, concise and unbiased report to any media houses that happen to be on the scene. For example:

“Yow king, me is a broom seller still and is twenty years now me ah sell broom inna the area. Broomy Lion them call me. Anyway king, you waan see say me deh deh ah hustle some weed, I mean some broom, pon the road side, when me jus hear BOW like is lightening just strike! And same time me shout out “Lick dem Jah!” But when me look again is one ah dem dutty taxi man them lick the lady good-good vehicle. Dutty pagan dem! Them always a drive like them deh pon race course! Them dont know say if you drive like lightening you must crash like thunder?! Old dutty heathen! Anyway, when me run over me see say di lady mash up bad bad so me and some bredren just throw her in the back of one bus and beg di driva carry her go hospital quick quick. Same time me and the bredren dem hold on pon di taxi driva and start kill him wid some lick. But when me turn around to look some old tyre to light up the ol' vampire, the pagan just run weh. But don’t worry boss we must find the dutty babylonian still.”