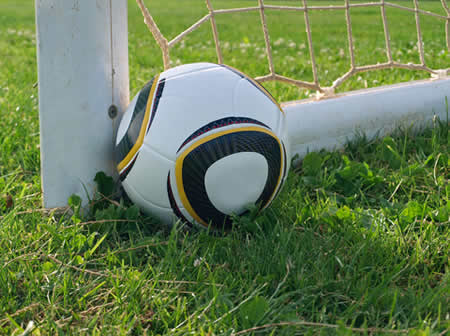 1. Firstly, you will notice that many offices and places of business in Jamaica are deserted during World Cup matches and staff members can only be found in canteens, lunch rooms and offices where televisons are located. Please postpone your business till the match is concluded. (It is considered very bad form to ask people to actually work during World Cup matches.) Please also note that if the team supported by the persons at the office you are visiting loses, work may be suspended for the rest of the week as employees come to grips with the tragedy.

2. If you attempt to set a meeting during a World Cup match persons will politely decline and make vagues excuses about "previous engagements" and "other commitments". Try to be understanding. The World Cup is far more important than your loan application/job interview/surgery. Secretaries who actually go ahead and schedule appointments during matches will be met with cold stares and threats of dismissal.

3. There will be numerous persons going around spouting detailed statistics about players, goals scored, passes made, etc. Dont be fooled. The average Jamaican really only knows the biggest football stars, and specifically the goal scorers. We love players who make spectacular solo dribbles through 8 helpless defenders before making a blistering long-range shot on goal (even if they dont score). We really don't concern ourselves with defenders, goal keepers and the like.

4. Despite what we might say, during a World Cup, Jamaicans are not unduly concerned with strategy, tactics, technical skills and such trivia. All we really wanna see is some salad, chop, pile, shiff and bruk.

5. You should also know that Jamaicans really only back winning teams and, as top-rated sides get eliminated, Jamaicans will change their "favourite side" accordingly. Some persons will go through as many as 3 "favourite teams" during the course of the competition. (This particular symptom of World Cup Fever is known as Waggonitis)

6. Business associates, close friends, and even married couples who otherwise enjoy cordial relationships will become bitter, implacable enemies for the duration of the World Cup simply because they support different teams.

7. Finally, you may observe that Jamaican women will often display a keen interest in World Cup Football. Do not be fooled. Their real interest is in the "cute guys" in shorts.