Making up Our Own Names for Things (Medical Conditions) 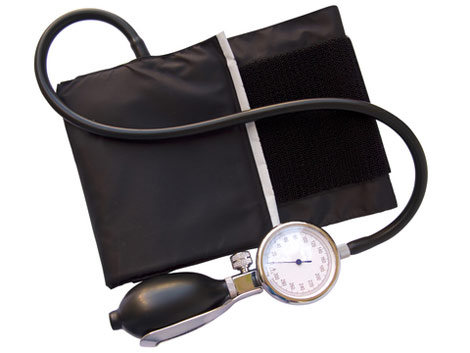 So you’ve just graduated from an expensive overseas medical school having spent many long days and nights learning all the arcane secrets of the medical profession. You’re full of pride at becoming a doctor and are bursting with eagerness to put your hard-earned knowledge to good use. Then… you get assigned to a clinic in deep rural Jamaica or one of Kingston’s ghettos and you start to realise that you don’t know quite as much as you thought you did. Much to your distress, patients frequently come into the clinic complaining of strange conditions and illnesses you’ve never before seen mentioned in a medical textbook. Don’t panic, young healer, Jamaicans have their own names for everything. Luckily for you ThingsJamaicansLove.com has compiled a brief list of Jamaican names for some common illnesses/medical conditions:

Block Up: Constipation. I don’t think we need to discuss this one in much detail, do we? (Ever notice how Jamaicans have a way of describing things that gets right to the point?)

Cold in the Mole: Upper respiratory tract infection/head cold. Caused, according to my Grandmother, by staying out late in the “night-dew”.

Bandy-leg: Bow legs. Genu Varum. Many Jamaicans consider slight bow-leggedness an attractive feature in both men and women. Extreme bow legs, however, may be a source of derision. I once overheard a mother tell her son: “Johnny, If you tink dat picky-picky, bumpy-face, bandy-leg gyal ever gonna be my daughter-in-law you have anodder ting coming!”

Eye Dark: Cataracts. A clouding that develops in the crystalline lens of the eye caused by a variety of factors. Usually results in varying degrees of impaired vision. The resulting impaired vision may have its own negative side-effects. I have for, example, heard a friend of mine suggest that it was a combination of cataracts and white rum that resulted in him waking up one morning to find himself beside Griselda, the bandy-legged, mustachioed, buck-toothed waitress of his favourite bar.

Pressure: High Blood pressure or Hypertension. Chronic medical condition in which the blood pressure in the arteries are elevated. Factors which can increase the risk of hypertension include obesity, stress, a sedentary lifestyle, salt intake, alcohol intake, ageing, vitamin D deficiency, family history of hypertension and consuming certain foods. In other words, pretty much everything except breathing will help cause Hypertension. High Blood pressure is not, however, despite your mother’s assertions to the contrary, caused by disrespectful children who don’t know how good they have it or being married to a “wutless man”.

Shot: Gonorhhea. Getting shot is what happens when one fails to wear a “bullet-proof vest”.

Sugar: Diabetes. We’re advised that some of the things which can cause diabetes include the consumption of foods that are rich in fats and sugars, smoking cigarettes and a sedentary lifestyle. In other words, pretty much anything you might actually enjoy doing can cause diabetes. And if that’s the case, as far as we’re concerned, ain’t nothing wrong with a likkle bit ah “sugar”!

Fassy foot: Impetigo. Bacterial skin infection characterised by sores on the legs. Please note, however, that if you are called a “Fassy” or a “Fassyhole” anywhere in Jamaica the person addressing you is not referring to any medical condition that person may think you have. (He is, in fact, calling you a Jackass and you should respond accordingly.)

Fibers: Fibroids. Uterine fibroids are non-cancerous tumors that originate in the smooth muscle layer and accompanying connective tissues of the uterus. They are usually not fatal but, because they can cause great discomfort, may have the side effect of making your wife even more miserable than she normally is.

Popdown: Chronic fatigue disorder. In a Jamaican context Popdown can be caused by a variety of factors. One cause is the extreme mental fatigue caused by your attempts to follow the latest twists and turns of the Manatt Phelps/Dudus/JLP/Prime Minister vs Party Leader saga. There’s also the financial fatigue from the multitude of recently introduced taxes, wage freezes and price hikes. Add to that the workplace fatigue caused by the constant fear of losing your job each time the company you work for downsizes and the additional exhaustion caused by doing your own work plus the work of 2 other people who were recently laid off.

Stoppage of water: Obstructive uropathy (usually due to an enlarged prostate). Stoppage of water can be murder for people who would otherwise normally make frequent trips to the bathroom e.g. habitual rum-drinkers (a class of person found in large numbers in Jamaica).

Turn foot: Any of a variety of deformities to the legs. Want a description of hell? Be a teenager with a turn foot at any one of the many all-boys schools in Jamaica. The sheer number of ways teenage boys will find to amuse themselves at your expense will astound you.

ThingsJamaicansLove.com has no intention of doing all the work on this one. If you have a Jamaican name for a common illness/medical condition please e-mail it to us and we’ll add it to the list.